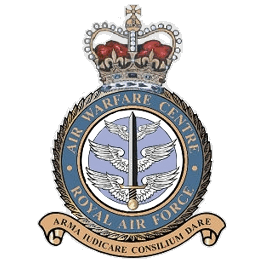 The Air Warfare Centre has incorporated GIS into a military training exercise to help senior servicemen and women hone their skills in planning and implementing military operations. This inventive application of GIS technology teaches students how to plan strategically and make fast decisions, based on evidence, in critical situations.

Part of the Royal Air Force (RAF), the Air Warfare Centre’s training branch conducts a range of courses in the theory and practice of air combat. It aims to help servicemen and women develop the necessary skills for air operations, intelligence, electronic warfare, weapons targeting and battle damage assessment. As well as RAF personnel, the Air Warfare Centre also trains selected members of the Royal Navy and Army, plus military personnel from overseas.

Every year, up to 200 servicemen and women, mostly senior officers, are selected for the Higher Air Warfare Course and the Air Battle Staff Course. An integral part of both courses is a complex and demanding practical exercise. The exercise is called a wargame, but this name belies its critical importance. Taking place in a fictitious geographic area, the exercise requires students to react to a scenario and to plan and implement an air campaign against an opposing force.

“Wargames are crucial to the training we deliver,” says Squadron Leader Mike Lence, the officer commanding the Air Warfare Centre’s wargames section. “The skills learnt on our course are used to plan and implement missions in situations of conflict all around the world.”

When the wargames were first developed, students had to rely on paper maps and refer to many separate document-based datasets. They looked up information in tables and for geographical reference put yellow sticky notes onto maps. “It was a slow, laborious process,” says Tony Stephens, a member of the wargames team.

The tutors at the Air Warfare Centre were concerned that students were spending too much time finding information and not enough time thinking about the scenario and developing plans. “We wanted to find a way to speed up the process and provide greater insight, so that students could get more value out of the exercise,” says Stephens.

The Air Warfare Centre explored a number of different options using digital copies of paper maps and various mapping applications. It selected ArcMap, a Geographic Information System (GIS) from Esri. The organisation could export exercise data from database files in its computer model into an Oracle database and then display it using ArcMap.

The team customised ArcMap and created a range of icons to represent items in the database. The students select the attributes that they want to view – such as airfields with bombers, non-military targets or communications centres for example – and icons representing these features are visible on the map. “If it’s in our database, they can see it, and they can see what they want when they want,” says Stephens.

Students create a map view using ArcMap, display it on a large screen, and save ‘views’ to refer to later in the exercise. Data is updated automatically from the databases as the exercise progresses, and students view the progress of their missions day by day. Stephens says: “We started with the intention of creating a static, interactive map, but it quickly became apparent that we had a dynamic intelligence tool. This was a real bonus.”

The Air Warfare Centre team also added colour coding to the icons displaying exercise data. As a location or facility becomes progressively degraded by attacks, it changes colour. Course mentors flick through maps from each stage of the exercise and show students how a situation is changing overtime.

GIS has become pivotal to the delivery of our training, it enables us to bring together all of the information that students could possibly want to interrogate and make it available to them at their fingertips

Students spend less time finding out about the fictional area where the crisis is unfolding and more time analysing the situation and developing military operations. “Students get stuck into the exercise very quickly because they haven’t got to learn the environment,” says Stephens. “They can concentrate on their plan to counter the enemy and learn about operations planning.”

Between sessions, tutors look at ArcMap to check the outcomes of each student’s decision-making and prepare advice or make changes to the exercise parameters to create more challenges.

Students can also look back over time with their tutors and easily see the point where things started to go wrong. In this way, ArcMap helps students to understand and learn from their mistakes.

Major Steve Jones of the United States Air Force attended the wargames exercise as a student. He says: “I have done other military training courses, but in my opinion this course is particularly good. It is tailored to an air perspective, is very thorough and does a much better job helping students to acquire specific skills. Rather than sitting around a table surmising about what the results of our actions might be, we see the impact on a map.”

Today, the Air Warfare Centre’s wargames have become so sophisticated that the organisation believes that it would be difficult to run the exercises without ArcMap. “GIS has become pivotal to the delivery of our training,” says Lence. “It enables us to bring together all of the information that students could possibly want to interrogate and make it available to them at their fingertips.”

Try out a free trial of the entire ArcGIS platform