Closing the digital divide in education

Never before had computers played such a critical role in education.  When schools were forced to close their doors in the lockdown of spring 2020, over 10.3 million pupils in the UK suddenly needed to be able to access online learning resources, communicate with teachers via video and submit work by email – and, to do this, they needed a computer at home.

It quickly became apparent that significant numbers of pupils had little or no access to computers outside of school and, as a result, they had far fewer learning opportunities than their peers.  Ofcom estimated that 1.14 million to 1.78 million children in the UK had no access to a laptop, desktop or tablet at home at all, while many more had to share a laptop with a sibling or wait until a parent had finished work, limiting their learning opportunities. Around the country head teachers expressed concern about the considerable percentage of pupils who were unable to participate in lessons and therefore falling behind others in their year groups.  A digital divide was emerging between those children who could continue to learn throughout lockdown and those children whose education had come to an abrupt halt.

Lindsey Parslow was one of the first people in the UK to step forwards with a practical scheme to address this technology inequality.  CEO of the charity Business2Schools, she launched appeals on local radio for businesses and individuals to donate their unwanted laptops and computers to their local schools, so that these devices could be wiped, reconfigured and then loaned or given to children who needed them.  In a matter of days, thousands of laptops were being donated to schools across the country and, according to Parslow, “None of this would have been possible without GIS.”

Working with Esri UK, Parslow had added an ArcGIS web app to the Business2Schools website, allowing individuals and small businesses to find the nearest school that welcomed IT donations.  These potential donors could then contact schools themselves to offer them unwanted IT equipment or individual laptops.  Simple to use but highly effective, the web app was promoted by the BBC as part of the BBC’s Make a Difference Appeal, giving people nationwide a fast and easy way to get unwanted technology into the hands of pupils in their localities.

Parslow had been able to swing into action swiftly at the outset of the lockdown, because she had already been working on initiatives to help businesses donate their old IT equipment to schools, through her work with Business2Schools.  A mother of five children and a school governor, she knew first hand that most schools rely on aging technology and would be grateful for the equipment that many organisations just send to landfill.  “Technology in schools can be ten or more years old, yet most businesses replace their PCs and laptops every three to five years,” she explains.  “The IT equipment businesses discard as being out of date has far superior power and capabilities than the computers that local children use to learn.”

Parslow founded Business2Schools in 2019, with the aim of making it possible for organisations to gift schools not only their unwanted IT, but also their unwanted office furniture and equipment. Not a GIS expert herself, Parslow benefited from support from Esri UK’s Professional Services team.  The consultants helped her to embed GIS into the core operating procedures of the new charity, so that her vision could be realised as efficiently as possible.

ArcGIS is now instrumental to the charity’s operations. An ArcGIS web app, embedded in the charity’s website, allows schools to register online and create a wish list for the furniture and technology that they would love to receive. Then, when Business2Schools is notified of a large donation, it uses ArcGIS to identify and contact the nearest schools that might like to have the items.  Business2Schools also uses ArcGIS to undertake analysis to help it determine the best way to allocate high-demand items, based on need and location.  “When we were donated all the furniture and equipment from a 500-person office in Westminster, we were able to re-home it all at twenty nearby schools within just two days,” says Parslow.  “If we had to physically register all the schools, work out which are closest to donated goods, manually look up contact details and ring around, it would just take too long.  We simply couldn’t run this charity without ArcGIS.”

Parslow looks back on what she achieved during the lockdown with pride – and astonishment.  Her appeals, the collaboration with the BBC and the ArcGIS web app enabled many more laptops to be donated to schools than she initially hoped for.   One secondary school in Buckinghamshire received 100 old laptops, which enabled it to get almost all its pupils online during lockdown and deliver inclusive teaching, despite the many challenges.

Joe Eaton is the Technical Support Co-ordinator at Biddulph High School, a secondary school in Staffordshire that also received donated IT resources.  "The 20 laptops, which were donated via the Business2Schools project, have enabled those students who have been required to isolate during the pandemic to participate in home learning and live lessons from the first day of isolation.  Having these extra devices has meant we can equip every student with the vital tools required to learn at home to ensure no one missed out on education during this time."

Summing up, Parslow says, “I am incredibly grateful to all those organisations and individuals who used our ArcGIS web app and donated IT equipment to their nearest schools during the lockdown and since.  The thousands of laptops that have been donated have helped to start to close a digital divide and have prevented many children from becoming disadvantaged and disengaged from learning.” 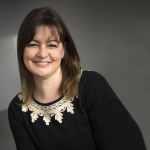