Keeping the City of London secure during the pandemic

“COVID-19 changed policing in the City of London overnight,” states PC Dan Baker, who was assigned to a rapidly-assembled COVID-19 command group at City of London Police as soon as the scale of the pandemic became evident.

The City of London usually attracts 500,000 workers, students and tourists every day, but when lockdown commenced, the area’s historic streets and thriving businesses emptied almost completely, creating a host of new challenges for the force. In particular, the police needed to optimise the security of business premises throughout the City of London, as quieter streets created potential opportunities for criminal activities. Like the rest of central London, the City of London has been a target for terrorist activities, serious crime and high-value burglaries in the past, so it was essential for the force to take steps to ensure that COVID-19 didn’t put people and premises at increased risk.

It was immediately apparent to PC Baker that City of London Police needed to understand who was still travelling into the City of London and where these people were working to enable the force to identify the groups and buildings that were most vulnerable in this unfamiliar and unprecedented situation. Immediately prior to the outbreak of COVID-19, PC Baker had been involved in the development of a GIS-based policing system for another command group within London. Therefore, he had some insight into the capabilities of Esri’s ArcGIS platform, and this prior experience was enough to get him thinking.

Within days, he had come up with a vision for a new operational dashboard that would provide commanders with up-to-date data on the business premises that were closed, the workers that were still traveling into the City and estimated footfall throughout the area. “No-one asked me to create this solution, but when I presented the idea to the chief superintendents and commanders in the team they immediately said they needed it,” he recalls. “At the time, everything was unknown and we needed ‘something’. My superiors trusted me to deliver that ‘something’ and now they can see the value that it adds.”

Not a technology expert, PC Baker turned to Esri UK’s Professional Services Group for help to turn his vision into a reality. A team of people from Esri UK then worked with him to design, develop, test, adapt and launch a GIS solution within just a few days. PC Baker didn’t just inspire the project; he led it from the outset, liaising closely with commanders and chief superintendents to make sure that the end result met the force’s pressing needs.

The core of the solution is an Esri Operations Dashboard that displays the latest information available about footfall in the City of London and shows which business premises are open or closed on an interactive map. Police officers on the beat within the City of London use an Esri Collector app on their mobile devices to record observations about people’s movements and busy areas, and this up-to-the-minute data is automatically visible on the dashboard. Senior police officers can then use the dashboard to better monitor changes and vulnerabilities and make well-informed policing decisions.

Integrated into this security dashboard is a game-changing facility for gathering up-to-date data from as many as possible of the 23,890 businesses based in the City of London, including, in particular, the 280 large businesses that together provide 50% of jobs in the City. Surveys are sent to businesses by email and responses are automatically collated and displayed. One of the first surveys conducted using the Esri solution indicated that just 3% of the City of London’s usual workforce was still working in the City, based on responses from businesses with a combined workforce of 123,000 people. Use of this automated survey facility enables the police to communicate easily with HR and facilities personnel, who may be working from home outside of London, and gather a large amount of data very quickly.

PC Baker believes that the bespoke dashboard solution is now fulfilling a vital role by helping City of London Police to optimise the allocation of police resources during the pandemic. At the start of the crisis, police numbers fell, due to illness and self-isolation, but using the security dashboard, commanders could make sure that available police officers were allocated to the best locations to protect the most vulnerable people and properties. "How can you put together an effective deployment plan, without knowing what you are deploying to?” asks PC Baker. “Our security dashboard helps us to provide a gold standard of policing in the City of London at this exceptional time, reduce crime and protect the public.”

Following the success of the security dashboard during the COVID-19 crisis, PC Baker’s vision has become even more far-sighted and ambitious. He believes that the dashboard and integral survey facility will continue to provide a vital role in improving the effectiveness of policing in the City of London long after lockdown measures have been relaxed. For example, he aims to send the survey to pubs, when they reopen, so that the police can identify potential issues from over-crowding or large groups. He also plans to continue to monitor changes in footfall through the City over time, as social distancing restrictions are gradually lifted and as businesses close or opening hours change. “We are looking ahead to life beyond COVID-19,” he says. “A solution that presents data on footfall and vulnerabilities will be even more useful in the future, when hundreds of thousands of people return to the City of London.”

Looking further ahead, PC Baker hopes to share his experience with other police forces, so that similar security dashboards can be implemented throughout London and, eventually, throughout the UK. He says, “The end of COVID-19 isn’t when the vision stops; it’s when a new vision begins.” 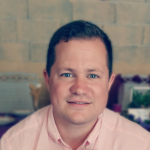