While many people began working from home or were furloughed at the start of the COVID-19 lock-down, millions of key workers needed to continue to work and, indeed, commute to work. Around 40% of people in the UK workforce are currently classed as key workers by the Government: not just health and social care professionals, but also those who fulfil pivotal roles in education, local and national government, food distribution, the police and utility companies. Everyone in this priority workforce suddenly needed to consider how they travelled to work, to maintain social distancing and ensure their own personal safety. As a result, many people who used to travel by public transport started to cycle to work instead.

The walking and cycling charity Sustrans quickly realised that key workers who were commuting by bike might need cycle repair services or new cycling equipment. The government had already announced that bicycle shops and service centres could stay open, but not all stores were able to maintain their usual hours due to staffing issues brought about by illness and self-isolation. Individual organisations in the cycling industry were also launching offers and discounts for key workers, but there was no single place where people could go to see what was available to them in their local areas. Sustrans’ marketing team initially decided to publish a list of cycling offers and open bike shops on its website to help keep wheels moving, but a conversation with GIS Officer Flora Tiley revealed a far better approach. According to Head of Marketing, Monica Ogden, what Tiley proposed and then subsequently delivered was “a dream solution to help key workers easily view and search for nearby businesses and schemes.”

Working closely with the marketing team, Tiley used Esri’s ArcGIS Online platform to create a web map, displaying more than 1,600 bike shops, repair centres and cycling industry offers for key workers, throughout the whole of the UK. Named cycles4KeyWorkers, the web map allows users to zoom into their own areas and easily find their nearest open services. In the first three weeks alone, the web map received over 30,000 views from more than 19,000 unique users. 60% of these users accessed the web map from mobile phones, which suggests that they were using it to find information when they needed it most.

Tiley first discovered she had a talent for GIS at university, when she encountered the technology as part of her geography degree. Without doubt, developing the Cycles4KeyWorkers web map has been the biggest challenge of her career in GIS so far.  It was quite a complex undertaking as she needed to convert data in many different formats, from multiple sources, using a range of methods and software tools. “This project is unlike anything that I have done before, but so rewarding,” she admits.  “Everyone wants their work to make a difference. To be able to produce something like this, very quickly, at a time of national crisis, has been a big personal achievement.”

The project clearly demonstrated to Sustrans how effective GIS can be as a marketing communications tool. The features and interactivity of the ArcGIS web map captured the attention of the media and partners, helping Sustrans to make as many key workers as possible aware of the cycling offers and services available to them. Through social media and traditional media channels, the organisation estimates that the ArcGIS web map reached an audience of more than 47 million people.

Tiley hopes that the map will encourage more people – not just key workers – to commute to work by bike and cycle as a form of exercise to help them adopt healthier lifestyles. She is continuing to update the map twice a day, to make sure that it provides accurate information about open and closed stores and facilities. “It would be great if this map could spark real change and enable something positive to emerge out of the pandemic,” she says.

Surprisingly perhaps, Sustrans is new to ArcGIS. The organisation only adopted it in the summer of 2019, after taking the decision to replace six legacy GIS-based technologies and survey methods that were used by different teams in different offices. It began its programme to roll out ‘Esri to Everyone’ in November 2019, five months before the lockdown commenced, and already nearly half of the organisation’s 600 employees are using ArcGIS desktop or mobile solutions, supported by a team of four GIS professionals. “It’s been busy,” Tiley says, with a hint of understatement.

Given Sustrans’ relative inexperience with ArcGIS, the speed at which the web map was developed is remarkable. The first germ of the marketing idea emerged one Friday afternoon, and by the end of the day on Monday, the GIS development was underway. Tiley produced a working prototype within a matter of days and, after a period of testing and further development, the Cycles4KeyWorkers web map was launched in less than two weeks. While Tiley led the project, it was a true team effort involving Tiley’s GIS colleagues, the marketing team and an in-house graphic designer.

Being just at the start of her career in GIS, Tiley is now looking ahead keenly to the future and has several new ArcGIS projects in the pipeline. In particular, her experience with the Cycles4KeyWorkers web map has inspired her to use ArcGIS more extensively as a communications tool to support Sustrans’ future publicity campaigns. “We’ve only just begun to use ArcGIS at Sustrans, and there are so many more projects that I want to deliver,” she enthuses. “I am on the crest of a wave and excited about the future.” 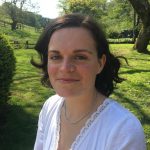