A cursory glance at recent business headlines would seem to tell a straightforward if grim tale for traditional stores: e-commerce is ascendant, while brick-and-mortar struggles to remain viable.

Article snapshot: The largest sporting goods retailer in the US is using a creative team of analysts and GIS technology to:

An April UBS report estimates that 80,000 US retail locations—or close to 10 percent of total stores in the country—will shutter by 2026, while e-commerce sales will rise to 27 percent of total retail purchases.

But those numbers don’t tell the whole story. Data-savvy retail companies are blending the two modes of shopping into an omnichannel strategy that can spark business advantage. Rather than framing online and physical sales as a zero-sum contest, leading executives recognize that stores and e-commerce can actually boost each other—a phenomenon known as the halo effect.

The largest sporting goods retailer in the US has taken this approach and emerged from the coronavirus pandemic stronger than ever. Bucking what some might think of as conventional wisdom in the era of one-click shopping, DICK’S Sporting Goods is adding to its network of brick-and-mortar stores to complement a growing online presence. Whether customers are browsing aisles of basketballs, lacrosse sticks, and running shoes, or swinging by for curbside pick-up of online orders, DICK’S strategically placed locations act as important customer engagement points in a thriving omnichannel network.

For instance, the team cross-references census-based data on sporting goods expenditures against its own loyalty data on online sales to spot areas of high customer demand, signalling strong potential for a DICK’S store.

DICK’S analysts also used location intelligence to plan the geographic footprint of an unprecedented venture: an experiential concept store called House of Sport, opened this March in Victor, New York, with another to open in Knoxville, Tennessee in June. The sprawling New York location is the company’s biggest store ever at 100,000 square feet, equipped with an outdoor track, a putting green, and an indoor rock climbing wall.

Over the past year, the company’s holistic approach to brick-and-mortar stores and digital channels has been instrumental in serving customers. DICK’S e-commerce sales surpassed $2.8 billion in 2020, a 100 percent increase. The strongest growth came from in-store and curbside pickup, as BOPIS sales increased more than 350% over the previous year. 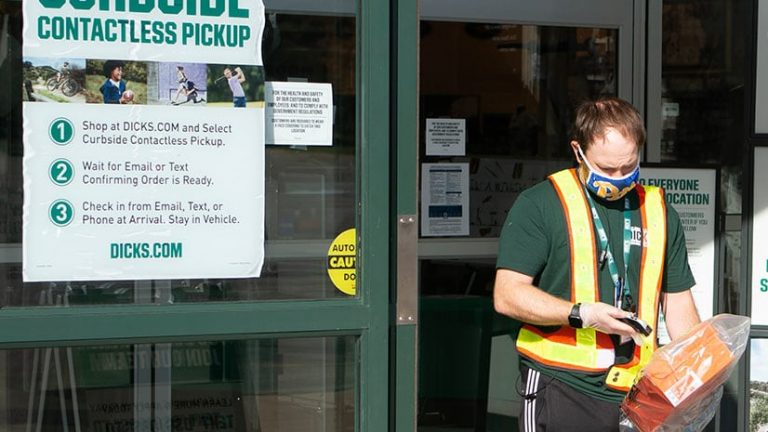 With more than 850 stores across the country, DICK’S Sporting Goods was well-positioned to cater to consumers replacing gym memberships with home exercise equipment due to pandemic restrictions, or jumping into outdoor sports to accommodate social distancing. Acting as mini-distribution centres, the stores helped the company fulfill online orders quickly and efficiently. Since these brick-and-mortar sites had been selected for their accessibility to consumers, they helped cut down on delivery times for online purchases.

The company was, in part, able to capitalize on such trends because it had already established a thriving network of physical stores in trade areas assessed annually by GIS analysts

“The heavy lift of data here is massive,” says Jack Holden, a GIS specialist and market research analyst at DICK’S. “We’re trying to get the result right, trying to get the right site, and help people understand the data to inform very important decisions.”

Five or so years ago, DICK’S analysts wondered whether the relationship between physical stores and online shopping might ultimately be a cannibalistic one.

“The traditional thinking then, mostly outside the organization, was that brick-and-mortar was going to be really hurt by e-commerce, and that we might not need as many stores,” says Bill Grassel, director of real estate market research and strategy at DICK’S Sporting Goods.

One of the benefits of location intelligence is that it checks assumptions against facts on the ground—and this particular assumption ended up being wrong. “A lot of the spatial analysis that we’ve been able to do has said [that] when we add new stores, we actually see our entire omnichannel sales go up,” Grassel says. “Unless we had been able to analyse those customer behaviours at that level, we might have assumed, if we open a store, we’re going to hurt our e-commerce sales and vice versa,” he continues. “But we really found more of a symbiotic relationship between the two.” 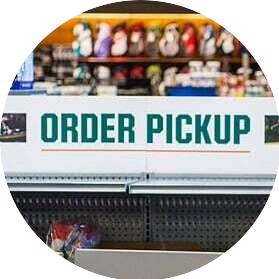 Understanding our customer and the latest trends is important and something we’re always trying to evolve.

Those and other location-based assessments are created by a team of four analysts that Grassel oversees. As one of the company’s real estate directors, Grassel is responsible for shaping forecasts about whether the company should open a new site, which markets are becoming over-penetrated, and where new opportunities exist.

Those decisions are ultimately approved by a real estate board. When Grassel and his fellow directors need facts to inform the board’s plans, they ring up Jack Holden, a GIS analyst and evangelist who’s driven by the desire to put the best data in his colleagues’ hands, often via smart maps.

“I really enjoy looking at maps and what they’re able to tell us, and the different things people are seeing even when we’re looking at the same map,” Holden says. “Getting more and more people engaged with mapping is a goal of my position.”

Born in England, Holden grew up using maps with his father to chart hiking adventures across Europe. He went to school for geography and learned GIS, then got his first job at the oil and gas firm Perenco, using spatial analysis to study water intake levels in wells and ways to reduce the harmful effects of salt.

Delve in to the Digital Twin

Join WhereNext on June 10, 2021 for a webcast featuring Cisco, BNSF, and South Jersey Gas. Learn how companies use a digital twin to improve operations, supply chains, and customer responsiveness.

When he joined DICK’S Sporting Goods, headquartered just outside Pittsburgh, Pennsylvania, he was intrigued by the prospect of exploring a new sector, and found himself immersed in a different vocabulary and concepts unique to retail. “GIS was my foundation,” he says. “It’s the common ground that I take from one industry to another.”

His predecessor in the role at DICK’S, Todd Henry, introduced GIS as an enterprise technology and established the system’s analytical benefits. “He built the chapel; I’m maintaining and updating it and helping the team learn how to worship there,” Holden says. Part of that work involves fine-tuning the granularity of the data that real estate directors use to support decisions about store locations and market optimization. In the process, he often shows colleagues the next gear that GIS technology can achieve.

“One of the things I think is most valuable about having someone like Jack on the team is to really teach us not only how to use [GIS] day in and day out, but also what it’s capable of being used for,” says Kara Tirimacco, a market research senior analyst at DICK’S Sporting Goods who regularly presents location-based analysis to company executives. 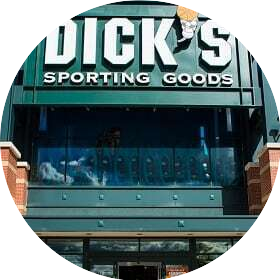 GIS can help us determine how to best use data to help us plan for the future.

After 72 years in business and with more than 850 stores, DICK’S’ retail expansion is gradual and intentional. Accordingly, much of the work that Holden and his colleagues do focuses on market optimization.

They create trade area maps that help reveal the cause of certain trends—like connecting a store’s poor performance to an overconcentration of DICK’S locations in that region.

“Without having that spatial dimension and being able to look at a market holistically, you might just say, well, this store doesn’t seem to be doing as well as it should,” Grassel says. “When you’re actually looking at it spatially, then you have this geographic component, and a lot of times that helps explain some of the profitability things we’re looking for.”

As market research analyst Richard Boyles, one of Holden’s colleagues, puts it, “You can’t map out LA in a CSV file.” 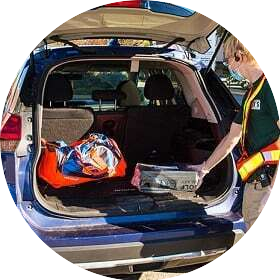 When real estate directors are trying to understand the relationship between a particular geography and a store, location intelligence can be indispensable in tailoring the product mix or store size to the needs of the local community.

In addition to guiding the expansion of the retail network, GIS-based insight also helps DICK’S respond to unexpected occurrences.

The onset of the COVID-19 pandemic was one such occurrence. The danger of the virus and the need to gather and share information quickly made maps and dashboards a natural fit.

“As devastating as this whole pandemic has been, opportunities arise out of trying to answer some questions about a very serious subject,” Holden says. In addition to directing colleagues to good sources of data on the pandemic and helping them create maps of their own, Holden produced dashboards showing where DICK’S stores were open, where stores were closed due to shutdowns, and the location of points of interest like testing sites. “We saw that come to life in a map,” Tirimacco says.

The use of GIS to chart COVID-19’s effects showed colleagues how location data could be used in analytics at DICK’S, Holden says. After map-based presentations, he and the team often field requests from coworkers asking if they can access the online GIS platform. “It’s neat to get more people involved and try and educate people a little bit in the geospatial world,” he says.

As markets recover, many consumers are anxious to get out of the house and engage in a little in-person retail therapy, making a fluid omnichannel approach a retail advantage. Thanks to its store-centered, location-smart strategy, DICK’S Sporting Goods will be ready with its doors open and its e-commerce channels thriving—serving customers however they choose to engage.

To learn more about the role of location intelligence in retail, explore these resources.