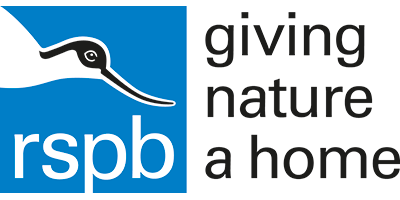 Optimising the use of drones to protect vulnerable species

The UK’s largest nature conservation charity, the RSPB, is using Esri’s Drone2Map solution to help it process, analyse and share imagery captured by drones. As a result, the organisation can now make more effective use of aerial images, to help it improve habitats and protect endangered bird species and other wildlife.

Improved understanding of the types of habitats and vegetation on reserves

The Royal Society for the Protection of Birds (RSPB) manages over 200 nature reserves in the UK, to protect and nurture vital habitats for hundreds of species of birds and other wildlife. These reserves range from craggy islands with steep cliffs to vast wetlands and remote moors. Monitoring changes in food sources, habitats and breeding populations in these areas can be very difficult, due in part to their inaccessibility and also to the necessity of minimising any disturbance to the wildlife.

To address these challenges, the RSPB contracts specialist companies to fly over its reserves and take aerial photography. The imagery supplied is extremely valuable, but this approach is too expensive and inflexible to use often and across all reserves. With the decreasing cost of drones and the improving quality of lightweight digital cameras, some of the RSPB’s reserve managers started to acquire drones to enable them to capture aerial imagery on demand. The RSPB was keen to support and encourage this use of drones, but didn’t have a standard way of processing the imagery captured, storing it centrally and making it accessible to everyone in the organisation.

We can publish drone imagery to ArcGIS Online with a few clicks of a button, and thereby make it possible for anyone in the organisation to view the maps, zoom into specific regions and examine habitat types

The RSPB is a long-time user of Esri’s ArcGIS and selected Esri’s Drone2Map solution to underpin its new centralised approach to processing, analysing and sharing aerial imagery. “Drone2Map was the obvious solution for us to use, as it integrates seamlessly with our other Esri products,” says Adrian Hughes, Head of GIS Services at the RSPB. “It is also very cost effective for us, as we can share a single license between multiple users.”

Using Drone2Map, the RSPB can now convert aerial image files, captured via drones, into a single, seamless, geospatially-referenced map of areas of interest within reserves. It can then publish the map directly to the cloud, using ArcGIS Online, and make it available to staff to view via the organisation’s in-house ArcGIS system, known internally as Merlin. “Drone2Map is really easy to use,” Hughes says. “We can publish drone imagery to ArcGIS Online with a few clicks of a button, and thereby make it possible for anyone in the organisation to view the maps, zoom into specific regions and examine habitat types.”

RSPB employees can also use ArcGIS Pro to undertake sophisticated analyses of the drone imagery and gain a deeper insight into habitat types. For example, a team working at the Abernethy Reserve in Scotland has used Drone2Map and ArcGIS Pro to analyse aerial imagery, classify different types of vegetation growth across the reserve and quantify changes in the growth of essential food sources for bird species such as the golden plover, black grouse and capercaillie.

Drone2Map has created a better understanding of our reserves, changed our work programmes and improved our management plans

More effective habitat conservation
Using Drone2Map, the RSPB is able to gain a deeper understanding of its reserves and, as a result, implement more effective habitat conservation schemes. At the Fetlar Nature Reserve in the Shetland Islands, for example, a site manager completely changed the management of a swampland area, after viewing aerial imagery with ArcGIS and realising that there was too much open water on the land. Pools of water in the reserve were subsequently filled, creating a far more suitable habitat for the red-necked phalarope. “Drone2Map has created a better understanding of our reserves, changed our work programmes and improved our management plans,” says Richard Humpidge, an RSPB reserve manager.

Sensitive and cost-effective observations of nesting birds
With its new centralised system for processing and sharing drone imagery, the RSPB can now make greater use of drones to monitor nesting birds from a distance, without disturbing them. Recently, Drone2Map was used to process imagery taken of the only known breeding pair of little gulls in the UK. Drone2Map has also been used to create seamless images of inaccessible cliffs, allowing staff to count the number of nesting guillemots. “RSPB staff used to hire a boat and manually count seabirds on the cliff face, from the water,” says Humpidge. “By not hiring the boat, we saved the equivalent of the cost of a drone and were able to undertake a far more accurate count of the birds as well.”

Improved monitoring of habitat interventions
Using Drone2Map and ArcGIS, RSPB will be able to compare and analyse drone imagery taken at regular intervals over a period of time to monitor changes that occur following the introduction of new habitat interventions. In Swindale Beck Valley, in the Lake District, the RSPB has been involved in a project to restore the original meandering course of the river, to slow the water flow and encourage the growth of aquatic plants that are a valuable food source for birds. The organisation has used Drone2Map to create a 3D image of the new river course and will use this as the base layer image to monitor future changes in the valley.

More cost effective operations
Over time, the RSPB expects to make significant cost savings from its increasing use of drones and ability to analyse drone imagery effectively. Not only will it save money from not commissioning light aircraft to take aerial photography; it will also make savings from better operational planning. For example, when implementing habitat management schemes, it will be able to view images on Merlin, see the best access routes for diggers and more precisely identify the best locations for works to take place, saving days of field work.

Try out a free trial of ArcGIS